Active digitizers: The feature you didn’t know you wanted in your tablet 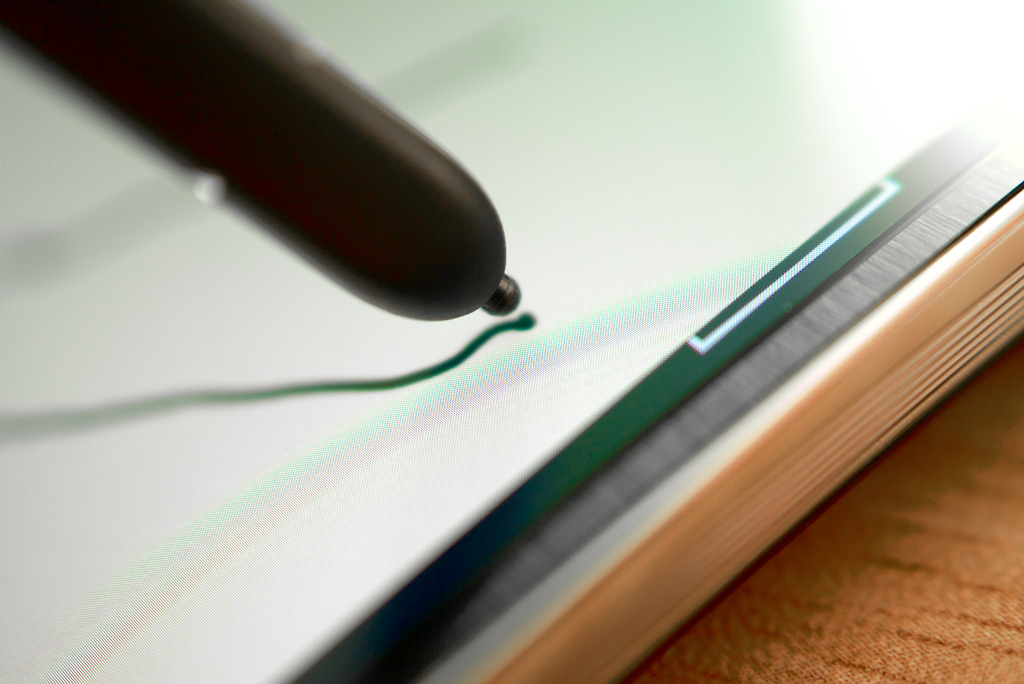 Affordable and lightweight touchscreens changed the consumer electronics market forever. The promise of touchscreens was full control with precision. Navigating our screens with hardware, like we did on our computers or non-touchscreen phones, was precise but didn’t give us the same sense of control that reaching out and touching our target does. Of course, things did not work out quite as smoothly as we found out that our clunky fingers were really imprecise and so were those soft-tipped styli we bought to fix that problem.

What could bring us the greater precision that we seek? Not better fingers nor bigger screens. Instead, a different touch-sensing system entirely.

Before moving on, we should define some terms. The digitizer is, basically, the glass covering your screen. You have the LCD or similar technology rendering your picture and glass offering protection and the digitizer is the technology that puts your finger or stylus into dialogue with the rest of the device, particularly in relation the place on the screen you touched. It all works fine, but couldn’t we do a little better? Isn’t there something missing from the very essence of the word “tablet?” 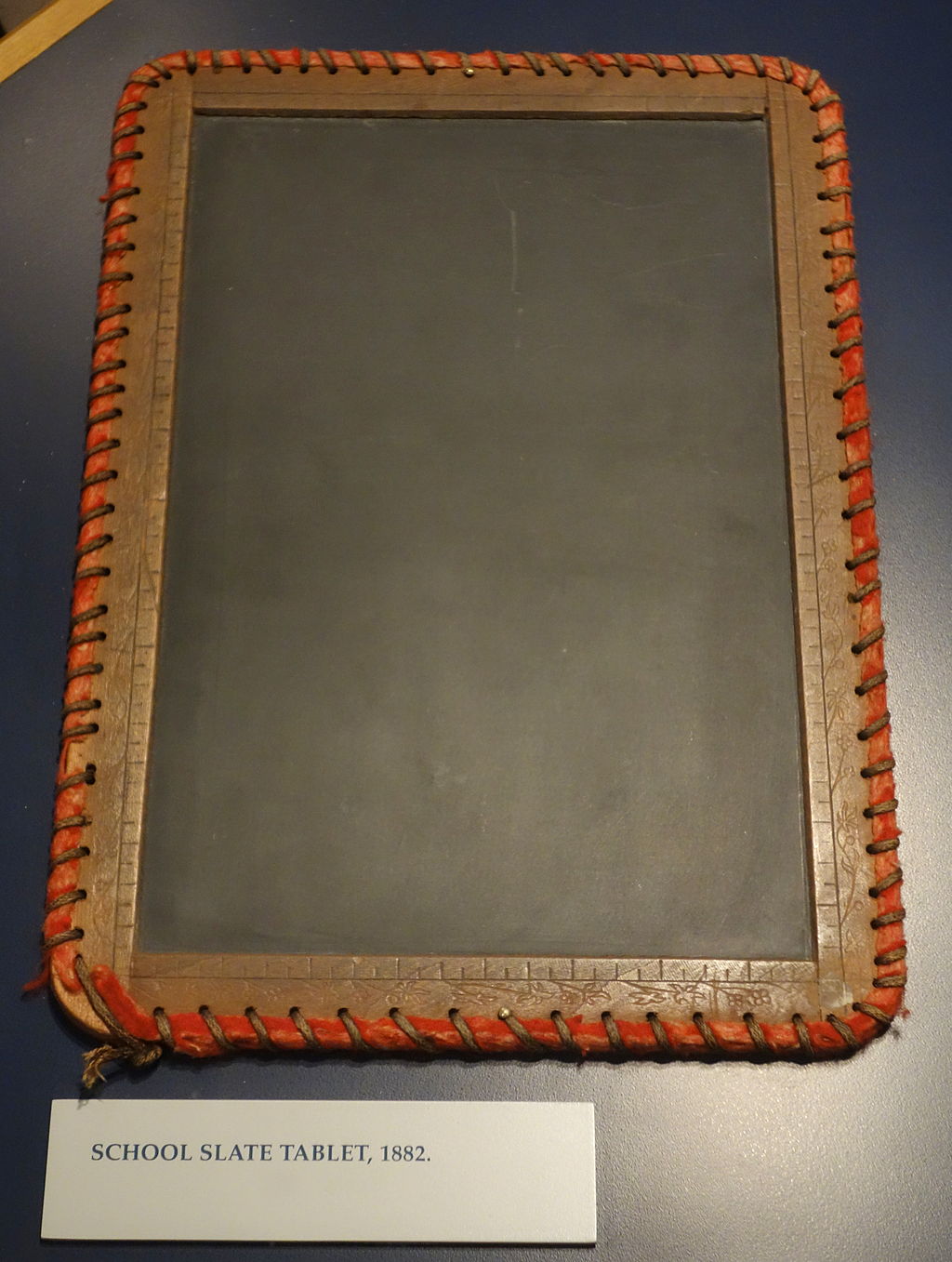 Remember when we used to write on these things?

Tablets, in particular, are just begging to be written on. Instead, we toss our expensive iPads in our backpacks alongside notebooks, novels, textbooks, Bibles, and all kinds of other things that should be rendered obsolete by our tablet. Now, it isn’t the tablet’s fault per se that we continue to buy physical books, but their day of reckoning is coming. That we still carry notebooks, however, is a direct result of the tablet market. Specifically, it is due to the original and subsequent iPads’ lack of active digitizer.

iPads released with the same sort of touch technology that the iPhone and the vast majority of consumer-oriented smartphones did. As other tablets entered the market, nearly all came with the same hardware features, such as a typical touch-with-your-finger digitizer.

Finally, the Samsung Galaxy Note series brought active stylus technology previously only known to a small group of professionals to the market. Unfortunately, I would argue that they still haven’t quite “gotten it.” First of all, the first Note devices were giant phones; useful, but not nearly so obviously needed in the market as Note tablets. Secondly, they’ve never done a good job of marketing just what it is that sets the Note apart. Head to any comments section on an article regarding a Note device and you will see countless people complaining about the $100 stylus, referring to the price difference between Note and Tab lines. 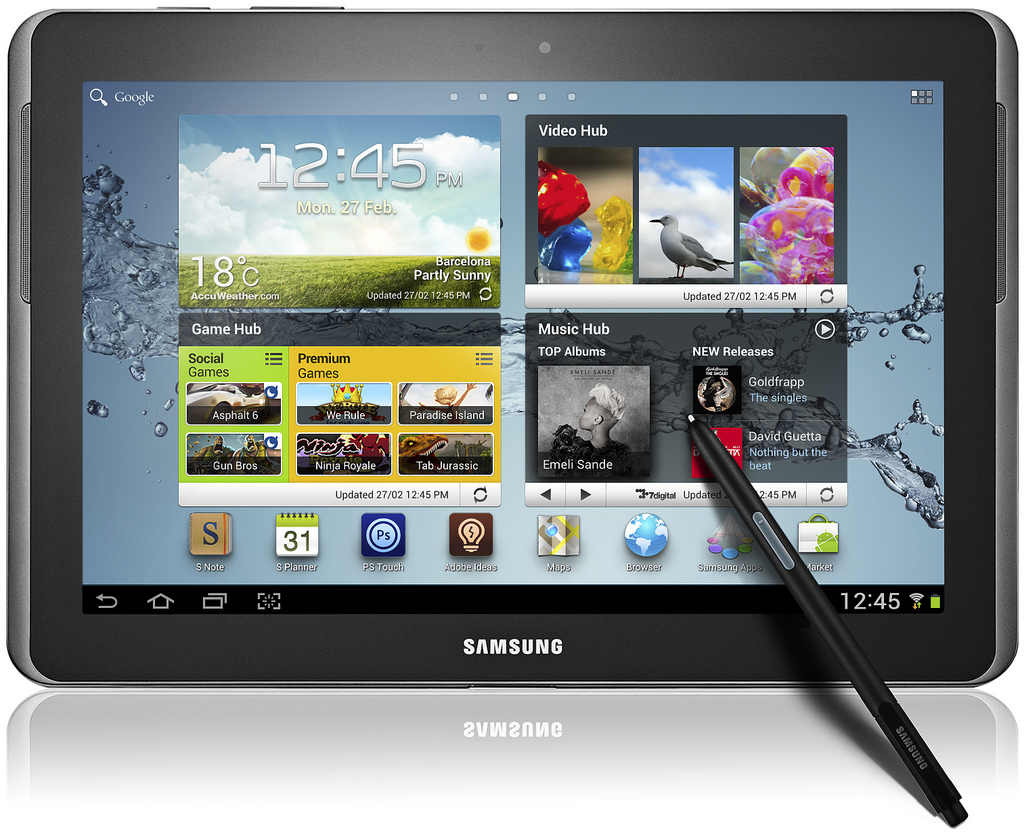 What we’re looking at is not a $100 stylus. Of course, any amount of research would disavow that notion, since you can pay the maximum retail price of $30 to replace your S Pen whenever you wish. Who knows how many eager users have thought they were beating the system by simply buying the stylus, only to find out it cannot input on their device at all.

Instead, the “magic” here is in the digitizer. The Note line uses active digitizer technology, which exponentially increases the screen’s sensitivity to stylus input, giving it greater accuracy than what is fathomable with a finger. This serves at least three functions extremely well:

Every single pixel of your screen, with an active digitizer, has over 1,000 degrees of pressure sensitivity. In other words, it knows whether you touched one pixel or another _and _knows how much pressure applied within 1⁄1000 or better accuracy. And while Samsung cleverly uses branding like “S Pen” and “Note” (okay, maybe clever isn’t the word here), they are using Wacom technology. Wacom has been doing active digitization for years and is a giant of that industry.

More than just pressing pen to screen with precision and accuracy that would be unfathomable from a finger or the most ambitious capacitive stylus (capacitive refers to the typical touchscreen technology), active digitizers natively have highly effective palm rejection. If you are writing with the stylus, your palm will not produce inputs. This is because with an active digitizer, the screen recognizes a difference between the input from your hand and input from your stylus. The stylus you use with your iPad simply approximates a finger.

There would be one fatal flaw if this was the only means by which your palm was rejected. What happens when you lift your stylus? Well, active digitizers support hovering; it is part of pressure sensitivity. It senses proximity, so the light lifts of the stylus off of the screen that are typical to writing do not suddenly trigger your palm input. Good software even supports using the hover feature as you do your mouse now, opening menus and the like when you hover over them.

Bill Gates was asked what aspect of today’s tech industry surprised him most. Gates responded that he could not believe that we were not almost universally using our tablets and other suitable devices for handwriting. He’s right. It only makes perfect sense with that form factor and our otherwise paperless society. We believe at GTT that there are several reasons this hasn’t caught on:

Today, active digitizers are getting to the point where they are legitimately useful and can be had affordably. As a consumer, you must show that you value them. If you’re still a little unclear as to how it works or if it will work as well as it sounds, head to your nearest Best Buy or similar store. Test out the Samsung Galaxy Note displays. We think you will be impressed, since we went from pen and paper disciples to singing the gospel of active stylus technology. 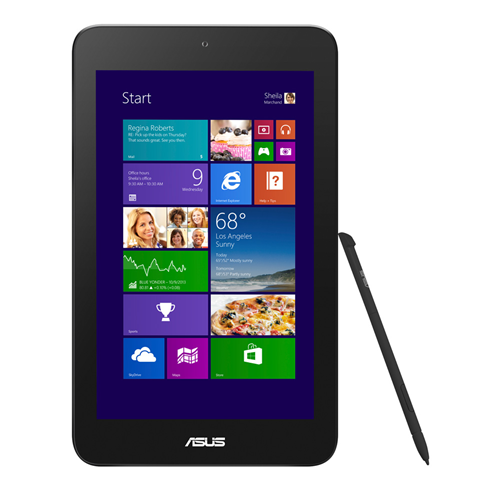 This ASUS Vivotab Note is a very capable Windows 8 tablet that has Wacom active stylus technology and can be purchased for just $300.

Beyond the Samsung Galaxy Note series, there are several mainstream options for active stylus technology. The Microsoft Surface Pro and Pro 2 (not the RT line) come equipped with Wacom active digitizers. Microsoft OneNote is by far the best note-taking software for active stylus input as it has unparalleled handwriting recognition that will make your notes searchable and indexable, even if you don’t want to convert to text. OneNote for Android does not support “inking,” which is another term for active stylus input. Several of Lenovo’s Thinkpad line are now coming with active stylus input, showing that the business market wants this technology as well.

The lovely people at TabletPCReview are keeping track of all Windows 8 tablets, convertibles, and laptops with active digitizers on this spreadsheet, which is kept up to date. Today, Samsung owns the market on Android, but the upcoming ASUS ZenFone 5 and ZenFone 6 claim to support using any stylus, pencil, or similarly pointy object as a pseudo-active stylus, but more elaboration has yet to be seen.