A beginner’s guide to rooting on Android: A glossary 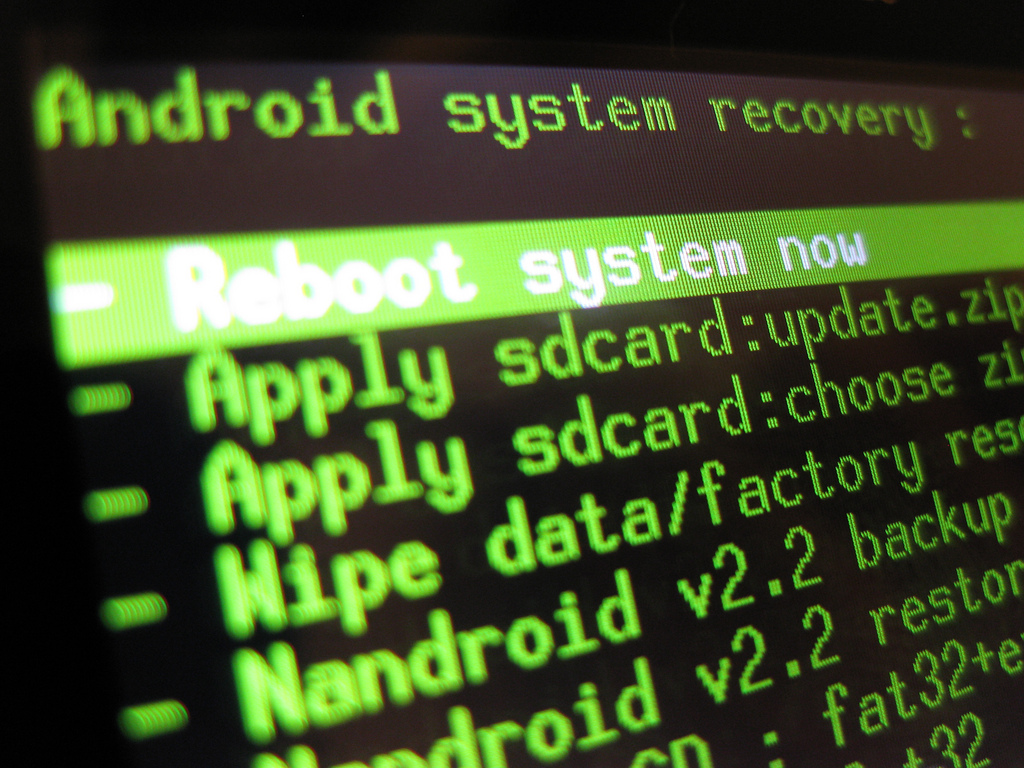 One of the hardest things to do when learning how to root your Android device is figuring out the meanings of many of the terms used in whichever directions you’re using. Our guide to rooting wants to make sure you aren’t confused about terminology when you start going through the rooting process.

Note: this is part 2 of our series on how to root Android devices. You can see each section of our guide to rooting here.

We warned you in part 1 that while most people never do irreparable harm to their devices when they screw up the rooting process, the process requires that you be very careful and follow directions. Well, we can’t expect you to do that if you can’t understand the directions! There are a lot of terms that you would never know if you weren’t learning to root on Android and a few others that actually mean something different from other tech contexts.

Root – We have covered this in more detail in our previous post on rooting, but to put it briefly, root refers to the part of your operating system that is usually closed off from editing by the user and non-system apps. You become rooted by installing a special type of app that can access it; you can’t _just _download it, of course, because the operating system doesn’t allow you to do that. This entire series is about getting through that process.

_Flash – _To flash something is to install it. Why bother with a different word? Well, things that are flashed aren’t installed through the Play Store. Flashing typically refers to the special kind of installation we alluded to in our definition of root. We flash things from _outside _of the operating system, so to speak. This will become clearer as you learn the rest of the terminology.

Bootloader – This is the most basic software on your device. The bootloader is the code that runs when you power on your phone and tells your operating system to start up.

Unlocking – One of the most important parts of the rooting process, unlocking refers to the part of rooting where we modify the bootloader. We say that your bootloader is locked, which is the default status for a consumer phone or tablet, to say that we aren’t able to “jump in” between the bootloader and the operating system. Unlocking the bootloader is the process where we give ourselves permission to modify the software there. We cannot flash things until the bootloader has been unlocked. Unlocking your phone can also refer to the process of making it able to work on another cellular carrier. That’s not what we’re referring to here and, for the moment, it is actually illegal. Unlocking your bootloader does not make your phone unlocked from its carrier.

ADB – Android Debug Bridge is one of the most basic ways you can use your computer to communicate with your Android device. Through command prompt commands, you can move files back and forth between your device and your computer. You may need to use ADB during the rooting process, depending on your device, but ADB is rather limited in terms of the different things you can do.

Fastboot – Fastboot is very similar to ADB, but is a special mode you must boot your phone into (while connected to a computer via USB) that allows a variety of commands sent through command prompt. By using a specific key combination, such as pressing and holding Power+VolDown on an HTC One, you can boot your phone into the bootloader, meaning it is turned on but has not yet turned on Android. From here, you can tell the phone to boot into fastboot instead. For many devices, this is where you will send the commands that unlock the bootloader.

Recovery – This is another piece of software that lies between the bootloader and the operating system (Android). The recovery exists so that if something so catastrophically bad happens to the operating system that it cannot run, your phone does not instantly become unusable. If you can boot into recovery, instead, you can usually troubleshoot. The recovery that is usually included on devices is not very useful, so most people install a custom one during the rooting process to make it easier in the future. From the recovery, you can easily flash files, make backups, do a factory reset, and a few other less common things.

ROM – When we say ROM, we’re referring to your operating system, which in this case is Android. Each device manufacturer does their own tweaking to the ROM, so the “stock” ROM on a Samsung device will be called TouchWiz and HTC calls theirs Sense, for instance. ROM stands for “Read Only Memory,” which means it is technically referring to those files that we can use, but can’t modify. With rooting, we’re basically saying that they are no longer “read only” if we don’t want them to be. Since the term ROM became common, technology has advanced so much that it is not as technically correct as it once was in the way it is sometimes used. For instance, there isn’t really a difference between ROM and firmware when you hear people talking about it in the context of Android devices, though they once meant things that were fundamentally different. Some people like to change their ROM to something other than what their device originally came with, but that’s not what we’re covering here — being able to root your phone does basically take all the same skills, though.

Kernel – The kernel is the code that helps your ROM communicate with the phone hardware. Kernels are simpler and smaller than ROMs, but are very important. Some people who get into modding their phone will also change their kernel, which can allow them to do things that otherwise aren’t possible. A custom kernel can allow you to over or underclock your CPU, for instance, or turn the HTC logo on an HTC One into a capacitive button.

Nandroid – A Nandroid backup refers to a backup of your phone’s software that contains everything. It is a system image that contains your ROM, your apps, and your personal data like pictures. If you really screw up and lose everything except the recovery, you can flash your Nandroid backup to bring everything back the way it was. This is not the kind of backup made by an app like Titanium Backup, it is much more thorough. Titanium just backs up your apps and settings for flashing new ROMs, not acting as a last-resort backup. You will want to make frequent Nandroid backups every time you root or flash new files/ROMs.

Brick – “Brick” is a term you will hear misused by people having technical trouble with their phones or tablets. To brick your device is, as the term suggests, make it about as useful as a brick. That means the screen won’t turn on, your computer cannot detect it, etc. You may find people on the internet complaining of having bricked their phone when in reality they are stuck in a “boot-loop” or something similar, where they cannot boot into Android or their phone keeps restarting over and over. Bricking is not salvageable, but everything else is. It is very rare to brick your device; it is the reason that the bootloader and recovery exist. Nonetheless, it is a risk you take when rooting or making similar modifications.

Superuser – Superuser is a term that has come to refer to the permissions/apps that manage your root access. You typically have a single app that controls which apps can take advantage of root access. Since rooting technically makes you more vulnerable to security risks, you use your superuser app to selectively grant root permission to apps that need it. There are two main apps that you can choose from: Superuser (as developed by Clockwork mod), which is open source, and SuperSU, developed by Chainfire. While we have linked to their Play Store pages, the last step in the rooting process typically involves flashing their files yourself in recovery.

If you come across anything else that confuses you or you think ought to be included, let us know in the comments. Feel free to ask for further clarification, too.

For another resource, check out the Cyanogenmod Wiki, but bear in mind that their wiki is more about flashing custom ROMs than rooting. It is useful either way, though.

For the next and former parts of our series on how to root your Android, check here!