What should you look for when buying a laptop? Part 1: OS, size, and types of use 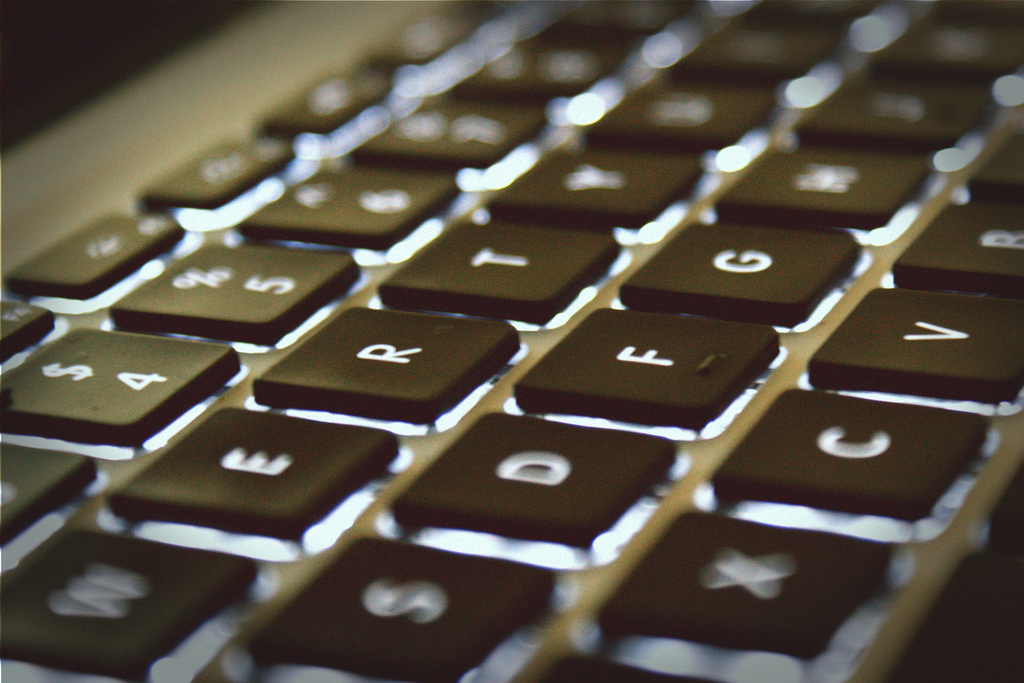 Buying a laptop can be a stressful process for even the most seasoned veteran buyer. If you aren’t an expert, things can be even more overwhelming. You might resort to paying more than you need to just to be sure you get something that works. A cheap laptop may come with an unexpected problem or shortcoming. Let’s take a step-by-step look at the many considerations that go into being happy with a laptop purchase. Some, but not all, of these suggestions apply to desktops, which we’ll look at on a later date.

This remains the most basic question to ask yourself. While I do not want to shortchange fans of Linux too much, or most buyers this comes down to Windows and Mac. GettingThingsTech is not going to take sides in this debate, but we will try to list some factors that might help you decide. We also will talk about Chrome OS, the operating system for Chromebooks, and the users it may attract.

This remains the most basic question to ask yourself. While I do not want to shortchange fans of Linux too much, or most buyers this comes down to Windows and Mac. GettingThingsTech is not going to take sides in this debate, but we will try to list some factors that might help you decide. We also will talk about Chrome OS, the operating system for Chromebooks, and the users it may attract.

Enough on that. Many people come in with their own decision made and there are many other places to read these pros and cons. Perhaps the comments section will turn into a battle royale on this topic. With that said, the rest of this article will probably benefit those who choose Windows moreso than Mac, since you are realistically probably only going to have a few choices of Mac computers within any given price or size range, if that many. The choices for Chrome OS are growing, but focused on the low end, which is just fine.

Laptops (or notebooks, as manufacturers now call them) have begun branching it out into various sizes, shapes, and weights. Your intended use will define your preferences here.

The current trend in the industry is toward Ultrabooks, which is a cross-brand standard for laptops with Intel processors. They must meet fairly strict standards regarding their thickness, length/width, and weight. A catch-all term that encompasses Ultrabooks, the Macbook and Macbook Air line, and similarly sized computers running non-Intel processes would be “ultraportables.” As you’d guess, these are focused on portability. Unlike the netbooks of yesteryear, though, ultraportables are meant to offer the functionality of any laptop with the kind of size and weight that won’t drag your backpack down. The Acer Aspire S7, pictured below, is an example of a popular Ultrabook.

Ultraportables are great for most users, but especially those who want to take their laptops from place to place. Over just a few years, laptop weights have been cut in half without much noticeable change to performance or battery life due to the development of ultraportables. One thing to note is that almost all ultraportables do not have replaceable batteries, so if you need to extend your battery life on the go, you’ll need a charger. You do pay a premium for having such a portable machine, but they have gotten much more affordable since their inception and are no longer a luxury type of class.

If you want something a little more powerful and/or larger that more closely approximates the performance of a desktop, you will look towards your more general use laptops. I would speculate that we are rapidly approaching a moment when the “normal” laptop will be an Ultrabook, but for now there are plenty of the larger-screened, heavier laptops.

If you are looking for a 15″ or larger screen, this is where you’ll be shopping. At slightly smaller screen sizes, you may also be able to save money in this category. If you want a computer to use while you sit in bed or lay on the couch rather than for travel or commuting, you may want to look for these. You will also be looking this direction if you demand an on-board disc drive, as the biggest space-saving measure taken by ultraportables is cutting that out (USB options are available, though).

Finally, we must talk about hybrid devices. This is an all-encompassing category for now, but generally we are talking about laptops that try to be both laptop and tablet. One prominent example on the higher end is the Lenovo Yoga 2 Pro, which can flip around from a conventional laptop setup to one that makes it more tablet-like. 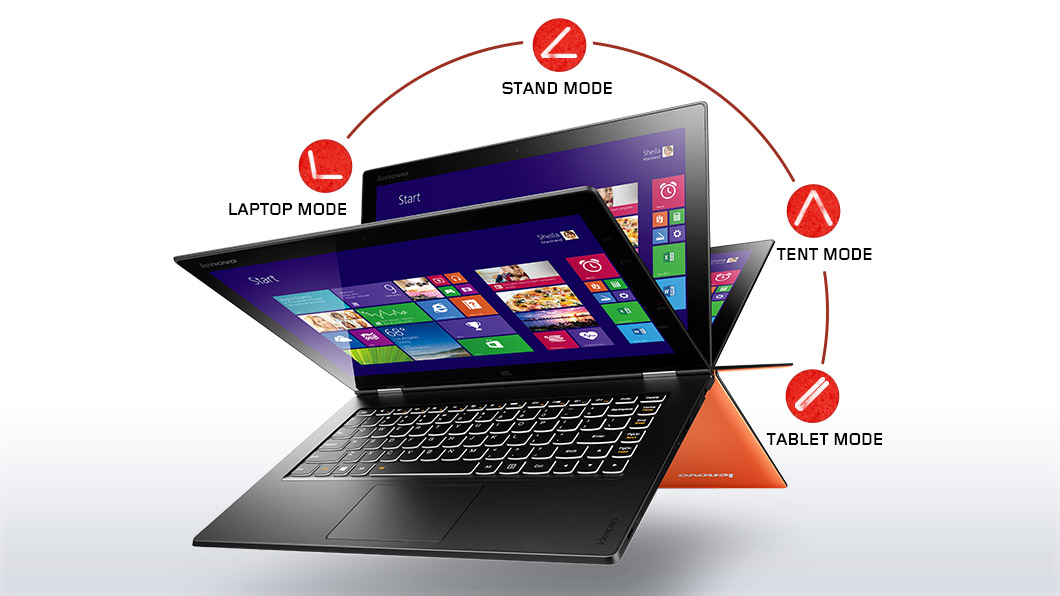 Another take on the laptop-tablet hybrid would be the ASUS Transformer TF100, which has a dock that separates from the screen. It is important to note that this computer has very different internal hardware than the Lenovo Yoga series, which makes the ASUS lean more towards the “tablet with a keyboard” category as opposed to Lenovo’s “laptop that twists” take on the hybrid. 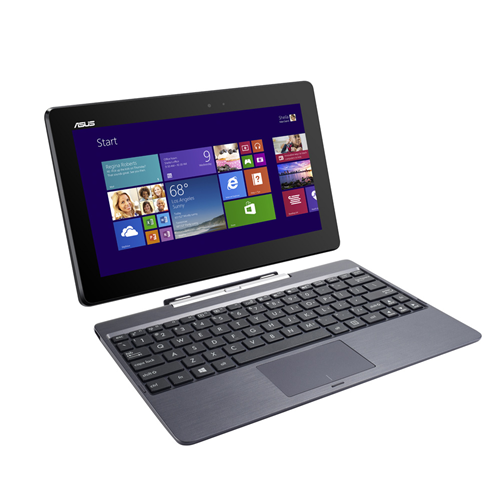 Another take on this category worth mentioning is Microsoft’s own Surface Pro 2, which is both decidedly a tablet while at the same a very capable laptop. Once we talk more about internal specification, you’ll see more specifically what I mean by these comments. The Surface Pro 2 lacks a hardware keyboard at all and has active digitizer pen input for highly sensitive handwriting recognition, but also has the internal hardware of a powerful laptop. 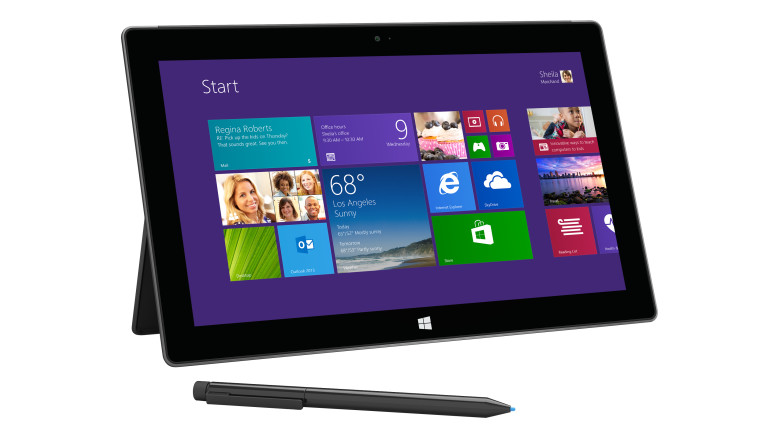 What type of user are you?

Gamer – You’re going to need the biggest, heaviest machine you can get. You’ll want a big, high-resolution display so you can see the games you are playing. The computer will have to be big and thick so that it can fit a substantial graphics card as well as remain well-ventilated, one of the biggest challenges to any gaming PC. A real serious gamer really should avoid laptops, but you can get some gaming done on very high-end laptops designed for that purpose.

Photo/Video Editor – You have similar needs to the gamer, so take note. You may be able to do without some of the girth and firepower of the gaming PC, but you’ll have to make up for it with storage space. Since you’ll want at least one external hard drive for your photo/video work, make sure to get a machine with USB 3.0 ports, which are capable of much faster transfers.

The Heavy Multi-Tasker – If you frequently run several programs at a time, you will want to target machines on the higher end so that it continues to run snappily while you work. Likewise, you will probably want at least a 13″ screen size so that there is space for at least two windows. Some will want to consider opting for a 1080p resolution to more comfortably fit those programs on the display. These people may be able to use ultraportables, but almost certainly not hybrids that aren’t 13″ and have a laptop internal specifications.

The Web Surfer – If almost all of your computer use occurs within a web browser, your options are fairly wide open. If you insist upon easy portability and do not care to do much heavy typing, tablet hybrids work well here. Browsers are pretty easy on tablet-oriented hardware and the screen size may not be a problem. If you like the form factor of traditional laptops or ultrabooks but want the kind of cash savings that goes along with a tablet purchase, this is where Chromebooks become especially useful. You can do a great deal of things, including some office-oriented tasks and light photo/video editing, with the browser-centric Chrome OS and you’ll be paying less than $400 in all likelihood, if not much less than that. Mid-range Ultrabooks may be attractive here as well.

The Business Traveler – This encompasses more than one user, for sure, but business travelers usually need a mixture of portability, battery life, and performance. You want to be able to open your laptop on a long flight and bang out some important work without getting frustrated by slow performance or a dying battery. You also want it to fit on your carry-on or personal bag without weighing you down. Ultrabooks and Macbooks should serve you well here, though it would be a sin not to mention Thinkpads here too. They are hardy and made for this exact use case. These folks are those who need a computer that is well-rounded and grades well across the board, but not necessarily in need of any single elite specification.

Check out Part 2, where GTT will walk through the various technical specifications and their meanings and relevance to you, the buyer!