How do processors work and which processor should you buy? 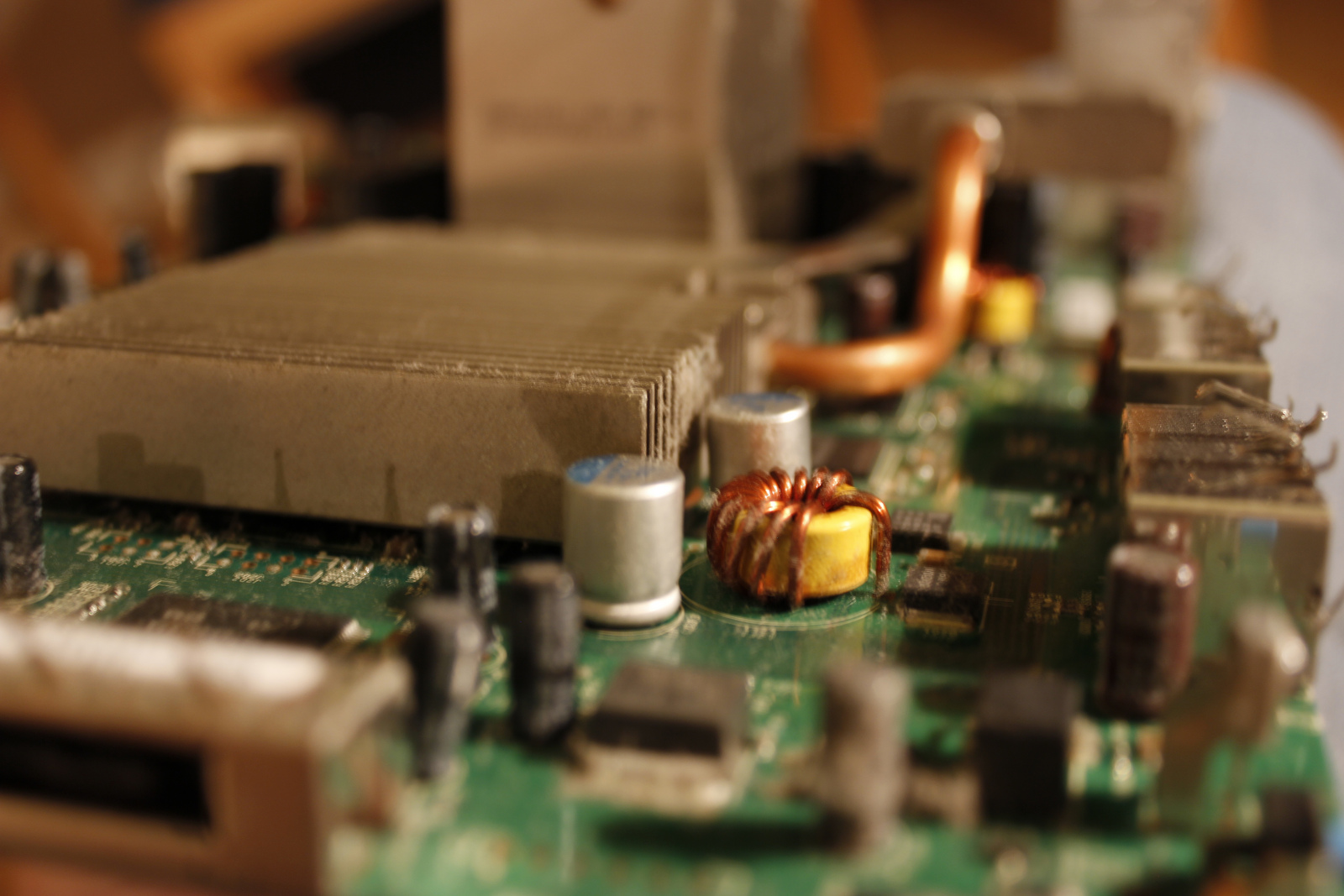 Some people say they don’t really matter, some people say it’s the most important part of the computer. You look at the name and numbers and don’t have the slightest clue how to make sense of it. They are rather complicated and their marketing does not make it clear which you need. However, some research can save you from making a dire mistake.

Processors are the part of the computer that…computes. Pretty much everything that happens on your computer requires processing. At the most basic level, the central processing unit (CPU) takes the almost infinite commands given to it by programs, the operating system, etc. and carries them out. It is like the brain of the computer, both interpreting and sending all the commands given to it and the rest of the machine.

At this point, processors are quite unbelievably complicated in their inner workings and things like speed (measured in GHz) and other factors may be inadequate when trying to understand just what makes one different from another. We will keep things as simple as possible and shopping-oriented, since the complexities of processors are a rabbit-hole we won’t go down today.

Once upon a time, the mainstream computing market had two big dogs competing for the processor market share: Intel and AMD. Nowadays, due to all kinds of factors we won’t get into here, AMD is not really a player in the mainstream market, for better or worse. In pre-built computers (and the vast majority of computer built by enthusiasts), if you see an AMD processor, that is a red flag that you are looking at a low-end computer. By the way, low-end might be right for you! We’ll get to that, but be aware of what you’re looking at.

Intel is now the dominant force on the market and they will be serving up the processors at every price range.

This is usually the clearest information you’ll see on a spec sheet about your processor. You’ll get a name, model number, and then the speed in GHz. First, we must warn you that the “clock speed” is, by itself, a very poor way to evaluate how fast a processor is.

Nonetheless, take note of this number! This _will _help you compare processors of the same family, and to some degree, processors with the same amount of cores.

The main reason that clock speed isn’t a very good way to evaluate a processor is because nowadays, the vast majority of processors have more than one core. What’s a core? Well, basically, it’s a processor. Yep, processors now contain multiple processors. To keep from confusing people, we now call them cores.

With a single-core processor that works at 1.5 GHz, things are pretty easy to understand. All the commands for your computing, from opening programs to recording keystrokes, will queue up at the processor and get computed at 1.5 GHz. The speed is useful here so that the queue doesn’t get too long. Fast is always good.

However, fast becomes less important as you add cores. You can take care of two simultaneous tasks at 1.5 GHz with a dual-core processor faster than 2.5 GHz single-core processor. This is a bit of an oversimplification, but the moral of the story here is that in many cases, more slower cores is better than fewer faster ones. Now, a single task, no matter how intensive, can only be handled by one core, so more cores are better for multi-taskers.

With that said, processing is a complicated thing. More than cores and clock speeds, the best processors have a few more attributes. There is essentially an inner language to computing, and some processors are more “fluent” than others. The better, newer processors are better at managing the many different processing tasks and sending them to the appropriate cores to be both speed and energy efficient. This is part of the reason why two processors with the same clock speed and number of cores may perform differently in practice. 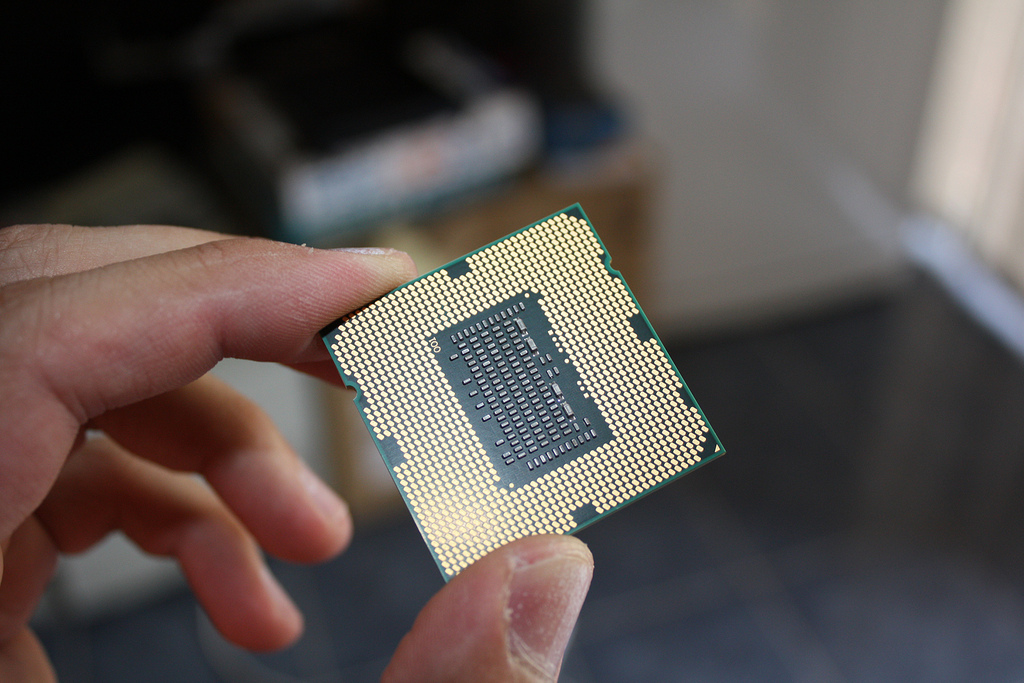 The four most raised notches represent the four cores on this Intel Core i5-750 processor. Much of the rest of the so-called “microarchitecture” is both so tiny and intricate that it is invisible to the naked eye.

Another thing you can look for in a processor’s specifications is its cache. Somewhat similar to how RAM functions on the computer-wide level, the cache is where the processor stores frequently used information for quicker access. Repetitive or common tasks can be made much quicker if there is space in the processor’s cache. Beyond size, which is clearly measurable, better processors will choose the right data for the cache; this is another way in which ostensibly similar processors might perform differently.

A final issue to consider is the amount of threads. This is newer technology, but threads (the use of which is usually denoted by the term “hyper-threading”) means there will be extra “simulated” cores. A quad-core processor may have 8 threads, meaning it can handle 8 tasks simultaneously, _almost _like an 8-core processor. It won’t actually outperform an 8-core processor, but it will definitely kick the tail of a quad-core, 4-thread processor.

To get decent video quality or even smoothly run a high-resolution monitor, it used to be a foregone conclusion that you would need a graphics card. A graphics card, or GPU (graphical processing unit), is a separate processor that deals with only video and image-related commands. Gamers will invest more in their graphics card than they will their central processor.

In the past few years, however, Intel has focused on bringing useful graphics to their central processors. While these do not replace a good graphics card for handling heavy graphics, the needs of most general consumers can be met with a newer processor with “on-board graphics,” a term which refers to a GPU that is part of the processor. This means the new HD Graphics 4000, 4600, and 5000 features can make watching HD video a breeze. Older or less-equipped processors will struggle with these tasks without a separate graphics card.

This is why you must also note the “family” of the cores you are looking at: take note of the name (Core i3? i7? Xeon? Pentium?) and the accompanying numbers, and you will be able to infer which is better than the other and how it will be different. Generally speaking, newer processors will outperform equally spec’d older ones.

Of course, you do not necessarily need to buy the newest generation of a processor. We are dealing with a company (Intel) trying to make a profit here and we won’t assume that they will be pushing out worthwhile upgrades on a consistent basis. Even when they are, they may not always be a high priority to you. For instance, a recent development has decreased the battery consumption of processors dramatically; this probably does not matter much to you if you are buying a desktop!

The most recent broad family of processors from Intel for general consumers refers to the “i” series of Core processors. Most machines today will be sporting either an i3, i5, or i7 processor. The three roughly correspond to low-end, mid-range, and high-end, respectively. Their numbers no longer correspond to any particular design choice, so don’t make the mistake of trying to make it into a math problem (an i7 is not “four better” than an i3, for instance).

Within the i3-i5-i7 family, there have now been several generations. The original, released to the market in 2010, introduced the family as successors to the Core 2 series before it. In late 2011, the Sandy Bridge generation released. In 2012, a minor upgrade in Ivy Bridge followed that helped to lower prices. 2013 brought the more significant Haswell chips to the market, which vastly improved battery consumption on laptops and noticeably improved graphics processing.

Older and perhaps more familiar brand names like Celeron and Pentium are still hanging around as well, and Intel now uses them in the lower end of the market.

Here’s a quick guide to reading the product number of recent Intel Core i3/i5/i7 processors to quickly ascertain which generation they came from: Sandy Bridge, Ivy Bridge, or Haswell.

Note: the first generation, which went by a variety of names depending on the particular chips followed a system of naming that used three numerals; so a Clarkdale Core i5 was Core i5-6xx (x = a number) and a Gulftown Core i7 was Core i7-9xx. The presence of only three numbers in the product number is the giveaway for the first generation.

I have explained the general meaning of i3 vs. i5 vs. i7. The “Y” is what you’re looking for, here. The number 2 corresponds to the Sandy Bridge generation, the 3 to Ivy Bridge, and the 4 to Haswell. There may be letters after the numbers, but these can mean a variety of different things.

Let’s look at a real-life example of a technical specs page on a product page on NewEgg, a major retailer for computers.

Understanding the product naming can give you quick, easy information about the CPU in question.

In the above example, the main two things that we do not learn are the size of the cache and the number of cores, both of which are very important. However, this information is a quick googling away and before long you will catch on to patterns in the lettering that will lend clues to the answers to those questions. The cache is often kept down the page in more detailed info.

That’s great, but which do you need?

The amount of intensive tasks should serve to dictate how much the clock speed should matter to you. If you will be doing a lot of coding work or big computations on Excel or a program like Wolfram Mathematica will mean you need clock speed.

Generally speaking, the processor is the only part of any computer that you absolutely cannot upgrade. Self-built computers can sometimes upgrade their processor, but by and large the processor is the part of the system that you simply cannot realize later is insufficient. You can usually upgrade RAM, your hard drive, sometimes add a graphics card, change wireless or sound cards, upgrade monitors, keyboards, mice, and trackpads. You are stuck with your processor. For this reason, you may want to try to future-proof yourself as you shop.

Nonetheless, you may not need the high-end processors. The average user could be well-served to prioritize other parts of their computer. If you just surf the web and do some light word processing, you probably do not need a very high-end processor. As a matter of fact, these users can often go with a Celeron or Pentium processor, especially on a desktop. This can save you lots of money and allow you to focus on other features that mean more to you.

Here is a quick guide to the current (February 2014 is latest update) processor families and generations and some key features and users it will attract. Please bear in mind that even the most knowledgeable and enthusiastic users debate the capability and wisdom of these different chips, so feel free to add your own input in the comments.

Generations Overview (features listed are in comparison to previous generation)

2nd Generation (Sandy Bridge): Much better graphics implementation, noticeable speed boost in all tasks but especially image-intensive ones. Much better than first-gen all around.

3rd Generation (Ivy Bridge): Very modest speed increase. Some improvement in power consumption. HD Graphics 4000 introduced, big upgrade over 2000 and 3000 of previous generation. Not an earth-shaking revamp by any means.

Let’s revisit that tech specs list again and bring some of our new insights to bear in a real life situation: