Why use a VPN (virtual private network)? 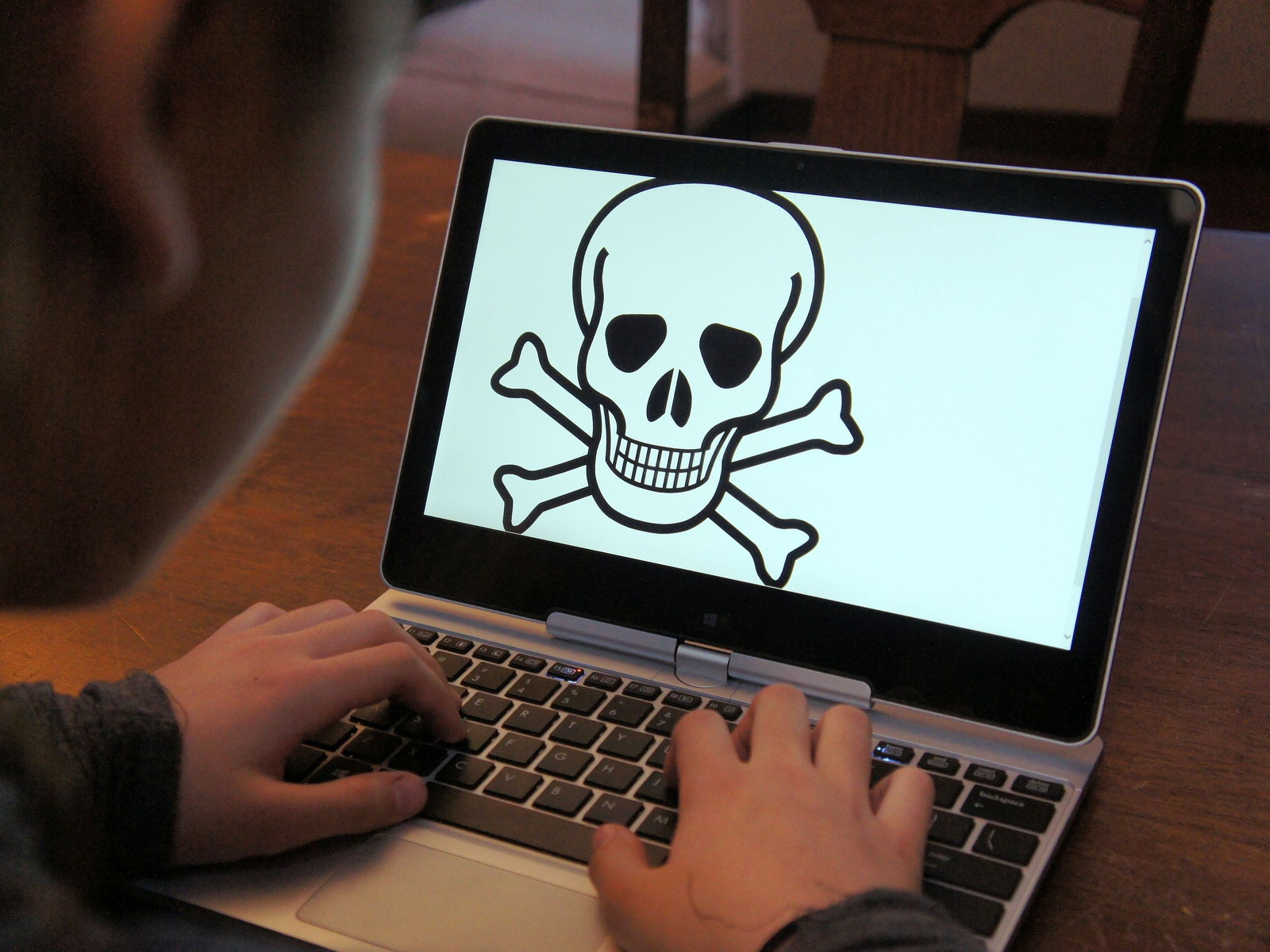 Many people have never heard of a virtual private network, more commonly known as a VPN. Some tech enthusiasts have heard about them, but don’t happen to be worried about government spying, and haven’t conceived any other uses for a VPN. Whether you are completely new to the concept or have been thinking about it for a while now, GettingThingsTech has some answers for you.

What is a VPN, anyway?

First, we need a working knowledge of what a VPN is. Why is this private network virtual, after all? Think of it like this. You have an actual private network if you connect all the computers in your home or office together. There are a few practical uses for these kinds of things. An office can work on and share documents together like this. Back in the day, computer gamers would connect to one another via local area networks to go against each other.

However, now we like to use the internet for just about everything. You can make local area networks that are fabulously secure, but they just don’t do much. In what way might your internet connection be insecure? Many people are familiar with IP addresses. If you’re the typical broadband subscriber, you have an IP address that is unique to your household. While the average Joe cannot know exactly who owns your IP address, they will probably know your internet service provider (ISP) and the city you’re living in. Under the right circumstances (such as accusations of copyright infringement), your service provider may turn that information over to somebody.

Beyond that, your typical internet connection could leave you open to other kinds of snooping. After all, you can change your apparent IP address by using a proxy, which is essentially a weak mask for web surfing. Another webpage explains how a VPN compares to your normal connection pretty well: the local area networks described earlier are like islands. Sure, nobody will bother you except the people you let on your island, but you won’t see much of the outside world either without some kind of ship.

Your internet service provider, then, is like a ferry. The ferry will give everyone a way to go from their islands to other islands as well as the mega-continent known as the internet. However, the captain of the ferry retains the right to keep track of what you’re doing. The Coast Guard may stop by and take a peek as well. Heck, even if you’re not keeping an eye out, you can’t really control what the other passengers are doing, either.

In other words, your general internet user may be snooped on legally by their internet provider, the government, or illegally by other internet users. Maybe you will be thinking that you have nothing to hide; maybe you don’t, but it is difficult to know what exactly these entities will want to do with the data. Your internet provider can easily keep track of everything you do on the internet, which lends them a great deal of power.

So, how does the VPN work in this analogy? A VPN is a submarine. You still get to go wherever you want, but now you can rent your own private vessel. Your internet service provider will know you’re in a submarine, but won’t have a clue what you’re doing with it. The Coast Guard can’t stop your submarine, either, without probable cause – and they have to ask the rental service for permission, first, just like they do with your internet provider. What’s the difference, then? The best VPN providers don’t keep track of what you’re doing, so when the authorities come knocking, they don’t have any records to turn over.

Practical uses of a VPN

As suggested, many people are quite attracted to the “private” aspect of a VPN. Anyone interested in insulating themselves from governmental or corporate snooping and information gathering should start using a VPN right away. This is the most fool-proof way to browse the web securely. Services like proxies are porous when it comes to security, allowing even basic webpages to detect your true IP address and offering no protection from your ISP’s data collection. Tor became very popular, but is a much more roundabout way to browse and for most users will only cover your web surfing (not the internet access of your software).

Not only does our VPN provider act as a sort of surrogate ISP (you still need an actual ISP), it encrypts all of the data you send and receive so that even the VPN cannot access your data. There’s nothing quite like it when it comes to security and it is a staple of the conscious consumer in that regard.

Beyond that, however, there are other uses for it. First of all, VPN providers can make it appear as if you are anywhere around the world. Big fan of Canadian Netflix? Set your VPN client to connect you through a server in Toronto and you’ll get Canadian Netflix instead. Dying to check out the BBC iPlayer? Your VPN just might have a London-based server. Are you in China and want to Google your brains out? No problem! You can have a foolproof method to make you appear to the outside world as if you are somewhere else entirely.

Often use free hotspots or hotel wi-fi? VPNs can allow you to connect to public wi-fi without exposing your usage data to everyone else on the network. A developer created a Firefox extension called Firesheep to demonstrate how insecure user data is on open networks, especially when websites use the still-common “http://” protocol instead of the similar-looking-but-much-better “https://.” With Firesheep, which wasn’t given consistent development since it was for demonstration purposes, you could literally log into people’s Facebook, Twitter, bank, and any other account reached through http:// websites on an unsecured network. Hackers have no problems harvesting sensitive data on these networks. A VPN will protect you completely from these characters.

While touched on previously, companies collect data for your IP address. It is not difficult for many places to shortly thereafter connect your IP to your actual identity. Sign into your Google or Facebook account on your home wi-fi network? Now they know. Whether signed in or not, all of your Google searches are connected to you. This data may or may not be sold to other companies and will, at least, be used to target ads to you.

Sometimes, you do not want people to know what you are doing on the internet because it looks wrong. While GettingThingsTech doesn’t endorse this behavior, you might not want people to know that you are downloading or uploading potentially protected files on peer-to-peer (P2P) networks with torrent clients. On a less objectionable note, you may not want people or other entities to make judgments about you based on what might be completely benign internet activity. Suppose you are doing academic research on human trafficking or other sensitive topics; sorry, you might have landed on a watchlist! Not with a VPN.

What to look for in a VPN client

A VPN client refers to the service and software that provides your VPN. There are many different companies in this business and there can be a dizzying array. Lifehacker received countless accusations of bribery, fraud, and similar things from companies left out of their voter top 5 list of VPN providers. In other words, there is a lot of competition and some folks may be willing to lie, cheat, and steal to get your business.

On the client side, you want something that will be easy to use. The software should be tailored to your needs, which are likely to be geared towards ease of use if you are getting a VPN for the first time. Look into reviews for a specific client before buying a service. Try to get a sense for how much RAM it will use on your computer, as a VPN should not noticeably affect performance.

Likewise, your needs will determine some of the other things to look for in a VPN. For instance, if you want to be a virtual globetrotter, make sure your service has servers in the locations where you want to appear to be.

If you are concerned about privacy, which you should be, make sure to get a provider that does not keep logs. This is very important should authorities try to connect usage data to you. While your data remains encrypted and thus very, very hard to crack, having your VPN service logging leaves you at risk of connecting certain web activity to you by matching your real IP to the fake IP provided by the VPN. If the service does not keep logs and uses a shared IP address, they simply cannot know which users are doing which things on their servers, making it impossible for them to turn your data over to whoever asks for it. TorrentFreak keeps a list of log-free providers that I suggest you check out. It was recently updated for 2014.

Also, don’t forget about price! The best services are not free, but they also shouldn’t break the bank. For most users, the price you pay for your VPN should be much less than what you are paying for Netflix or Hulu Plus. I pay $40 per year for Private Internet Access, which is among the best. Others may cost a little more but offer services that are more important to you. Do not get swindled though and certainly do not pay more for a service that keeps logs.

Feel free to share your experiences or ask questions in the comments!